How forgiveness can help you have a happier life 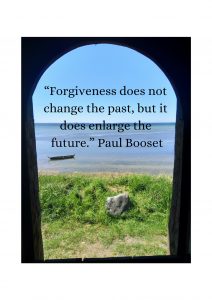 “Forgiveness does not change the past, but it does enlarge the future.” Paul Booset

Do you sometimes feel angry at someone who has wronged you? It is completely human and it happens to all of us. But the fact is that anger is an emotion which brings more damage than good when you leave it inside you for a longer period. It triggers poisonous  thoughts and then the production of stress hormones in your body comes in action. The antidote of this is forgiveness. Often times people think that forgiving you do a favor to the one who has wronged you. Actually it is the other way around, you do a favor to yourself.

“When you choose to forgive those who have hurt you, you take away their power.” Anonymous

Anger is an emotion which doesn’t bring you any good. Anger is one of the basic human emotions. It can play part of your body’s fight or flight response and in this sense it serves its purpose when you are in danger. 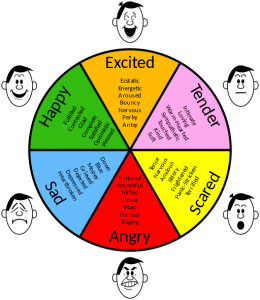 It becomes unhealthy though when it becomes uncontrolled, excessive and you stay in angry mode for long periods of time. This could lead to mental and physical consequences and on a longer run to physical conditions such as coronary heart diseases and diabetes for instance.

Although anger is most often the cause, you could also feel sad by someone’s actions towards you, or scared.

What is forgiveness actually?

By forgiving you make a favor to yourself. You give yourself permission to go on. You leave all negative energy around an unpleasant event. To forgive doesn’t mean to forget or deny what happened or to humble yourself. Forgiveness is about letting go of all the negative energy and to not allow the other person to govern your feelings.  Forgiveness has very deep roots and takes an important place in a lot of cultures around the world. An example is are the forgiveness rituals in the Slavic carnival tradition when the youngest people ask for forgiveness from the oldest. 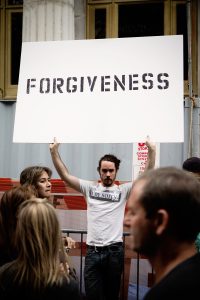 By forgiving you consciously leave the victim role behind you, and you make room for feelings such as peace, freedom and love on your way to a better future.  “Research shows that in the aftermath of conflict, forgiveness improves victims’ well-being and the victim–offender relationship.” states the abstract of a scientific research of Michelle Zheng Xue of Erasmus University in Rotterdam. The research shows that forgiveness obviously makes the body stronger. ” Metaphorically, unforgiveness is a burden that can be lightened by forgiveness; we show that people induced to feel forgiveness perceive hills to be less steep (Study 1) and jump higher in an ostensible fitness test (Study 2) than people who are induced to feel unforgiveness.”

Forgive. How do you do this?

Use the following exercise:

In the second part you try to develop empathy for this person. You try to stand in his or her shoes and understand why did they hurt you. “Hurt people hurt people” meaning that the one who has hurt you have been hurt himself at some point and is now just passing it on.

“But, you have the ability to cut that cord, that you don’t continue passing it on.” as Vishen Lakhiani, the founder of Mindvalley says. Empathy means you can see the situation from the point of view of another person and try to understand their motives. You forgive and in the end you see yourself hugging this person. This is all. 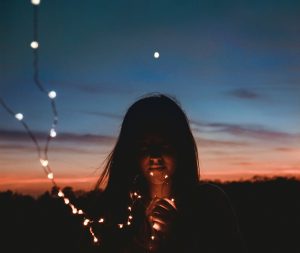 Other technique you could use is to write it all down and then to visualize.

Write a letter to the person who has wronged you and who you want to forgive.

These few things you may discuss in the letter:

Try to feel how it really feels to write these words. Do you feel lighter, like there is a burden off your shoulders?

“They caused the first wound, but you are causing the rest; this is what not forgiving does. They got it started, but you keep it going. Forgive and let it go, or it will eat you alive. You think they made you feel this way, but when you won’t forgive, you are the one inflicting the pain on yourself.” Bryant McGill

Close your eyes. Take a deep breath and breath out. Do this a few times. See that person standing in front of you. Try to make is as realistic as possible. Where are you? What is the other person wearing? How do you feel?

Then see yourself reading your letter to that person. Feel how does it feel when you have forgiven and accepted the other completely. Give him or her a hug. End your visualization with positive feelings.

Open your eyes. Then destroy the paper or delete the file. Nobody has to read it if you don’t want this. Then go on with your day.

All this doesn’t mean you could forgive everything in one time. For some things it takes longer to do that. You may also need to forgive yourself for things or choices you have made. Step by step one of these techniques could be a good beginning.

Learning to forgive is a simple and at the same time powerful tool to shape a life which is more beautiful and fulfilling. You are doing this for yourself. Your happiness is your responsibility.

“When you love yourself you can appreciate the love of someone else too. When you heal yourself then you can heal others. And if you do that it is just the greatest feeling in the world.“ Dolph Lundgren

I am Elena, a creative marketing and communication professional. I love to travel and nature. I am interested in and inspired by the Slow Living-way of life.

With GoSlowLiving I want to inspire you and show you how you could balance your daily life.

Do NOT follow this link or you will be banned from the site!